StreetNoise Orchestra was featured on the Street Brass Podcast by Phil Andrews in an episode showcasing many street bands from Europe. Many of our fabulous friends (Titubanda, Ottoni a Scoppio, FiAti SpReCaTI, FONC, and Masala Brass Kollektiv), were featured as well. Many others were not, but they are not forgotten.

A big shout out to Phil for putting together this little exhibition in podcast form. We hope other street bands and street band fans from North American and around the world enjoy this little sound-window into the enchanting expanse of European street bands.

The podcast episode, along with finally reading the great book Honk!: A Street Band Renaissance of Music and Activism, has spurred me to share in English for our North American brothers and sisters these thoughts on the 21st century street band movement in Europe (as seen from the perspective of this Austrian based band).

Europe has a long history of amateur musicians picking up their loud, very loud, horns and drums to join the struggle against social injustices, and to bring life and color into the streets. While the 90's and 00's saw a stagnation in the European Street Band movement overall, it is now enjoying a sweeping resurgence. In this polarized age where everything has become political, the European Street Bands of the 21st century are not tools of partisan expression but have emerged as a pan-european social movement in their own right.

Street music culture is a creative and innovative art in which the city is reinterpreted as public space. Here in Innsbruck, Austria where the city is symbolically and structurally divided between tourist space and local haunts, we are trying to set into motion new interpretations of the urban space. We reject the urbanization of the 20th century that prioritizes economic development and profit seeking over the vibrancy of human life. Our musical performances encourage communication between interested fellow citizens, creative artists, tourists and the various people responsible for the city administration.

This movement celebrates regional identity while transcending borders and cultural boundaries. At annual festivals hosted by bands across Europe we share classic and original musical pieces. We explore challenges of maintaining a leaderless democratic organization, while upholding the principles of openness and inclusiveness. We exchange ideas on how to engage in socio-political, civil society and cultural concerns.

Several such festivals are:

For those interested in the topic of 20th century European Street Bands, be sure to check out the book Honk!: A Street Band Renaissance of Music and Activism, which contains a fantastic essay by Gregg Moore: Jericho’s Harvest: A Short History of Brass Bands as a Voice for Political Opposition in Europe.

As for those interested in the 21st century social movement of street bands, history is still being lived. Come join us! 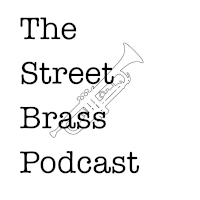 Europe has a long history of amateur musicians picking up their loud, very loud, horns and drums to join the struggle against social injustices, and …

On February 1, 2020, we were thrilled to play at the wedding of our sousaphone player Markus and his new partner Julia, in Hall in …